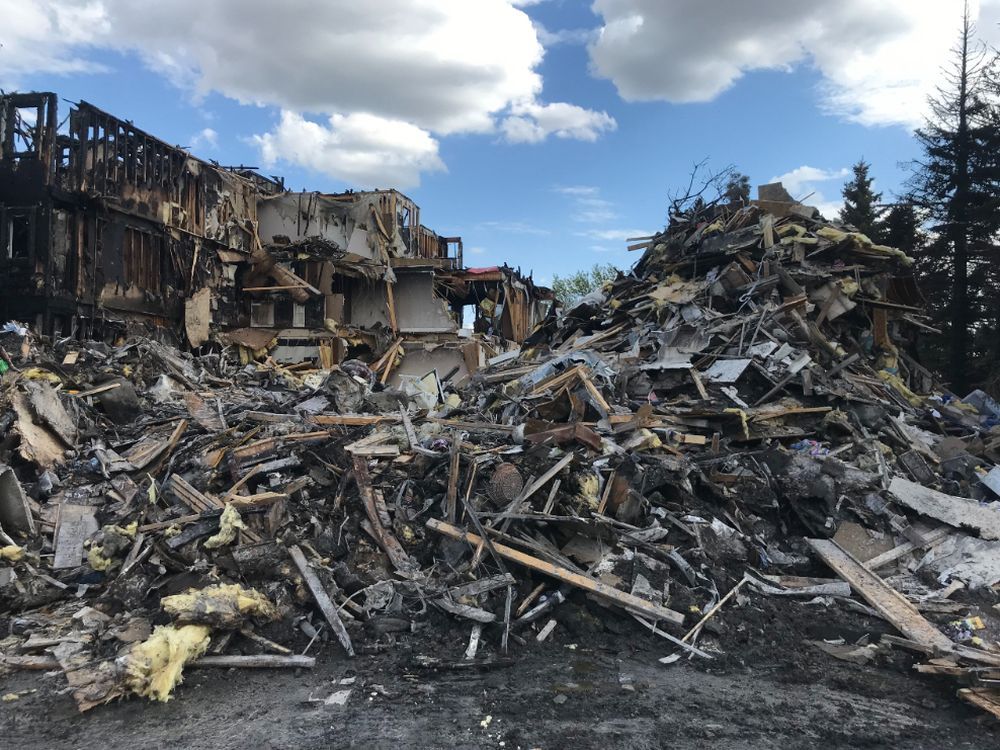 The fire department rescued some residents but said no fatalities or injuries were reported despite “difficult” conditions.

Dozens of residents of a condominium building in Sutherland lost their homes on Saturday – although no one was seriously injured or killed – after an out of control fire engulfed the building beyond repair.

According to the Saskatoon Fire Department, “improper disposal of smoking materials” started the blaze that ultimately destroyed one of two Twin Peaks condominium buildings near East 108th Street and Ave. Bryans, causing damage estimated at $5 million.

The hell that followed took hours to die down. The fire department said crews had to rescue some residents of the building early Saturday morning, many of whom spent the night in hotel rooms furnished by the Salvation Army. No injuries or deaths were reported.

“It’s awful. It’s a destroyed building, and a third of it had to be torn down because it wasn’t safe,” said Hanna, co-owner and broker for Saskatoon Real Estate Services.

On Saturday afternoon, the eastern part of the three-story building lay in ruins, with remnants of wicker baskets, cleaning supplies and clothing sticking out from under piles of charred wood and insulation. The air stank of wet ashes. A pair of workers with rakes tried to pick up whatever debris they could outside a chain-link fence that surrounded the wood-frame building. What remained of the structure was crowned with ash, marking the spot where the fire gnawed through the ceiling.

According to the Saskatoon fire on Saturday night, the property was turned over to the Condominium Board property management company. The burnt part of the building was partially demolished by an excavation company to ensure the fire was properly extinguished and to reduce the risk of further collapse. 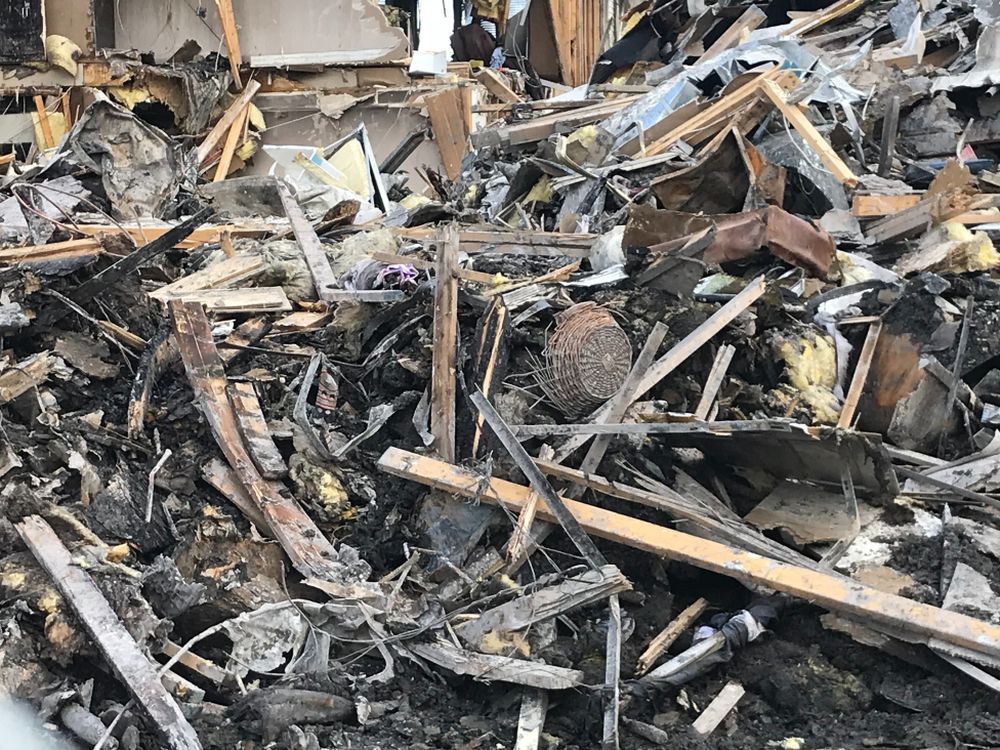 A fire destroyed the Twin Peaks condominium building at the corner of 108th Street and Bryans Avenue in Saskatoon on Saturday, May 28, 2022. Photo by Zak Vescera/Saskatoon StarPhoenixThe ministry believes the fire started outside from the northwest corner of the ground floor of the building. Firefighters did not say whether the cause was a discarded cigarette, a marijuana joint or another tobacco or cannabis product. It is not known if the person who accidentally started the fire was a resident.

“This was a difficult fire due to numerous circumstances,” the department said in a statement. “Firefighters performed incredible rescues and battled extreme fire conditions.”

The department and police responded to the fire in the early hours of the morning and stood there for hours to extinguish hot spots before parts of the building could ultimately be demolished.

Already starting to take it apart

Mitch Kachur’s mother-in-law lives on a nearby property. He said she called him a little after 1 a.m. Saturday morning after a Saskatoon police officer politely but firmly told her she had to leave the house immediately.

He said it was “incredible” that no one was injured.

“There were sparks so big they were flying above his head,” he said.

Salvation Army Maj. Mike Hoeft said the nonprofit helped organize a dozen hotel rooms for those displaced by the fire who did not have insurance or were unsure of their coverage. He said the agency would work with former residents in the coming days to develop a sustainable housing plan if needed.

“If they continue to be in need, we will ensure they are taken care of,” Hoeft said.

The fire department was scheduled to hold a press conference with further information on Sunday.

Correction: An earlier version of this story described Salvation Army spokesman Mark Hoeft as a sergeant. He indeed holds the title of major in this organization.

News seems to be flying towards us faster all the time. From COVID-19 updates to politics and crime and everything in between, it can be hard to keep up. With this in mind, the Saskatoon StarPhoenix has created a Afternoon titles newsletter that can be sent to your inbox daily to ensure you are up to date with the most vital news of the day. Click here to subscribe.