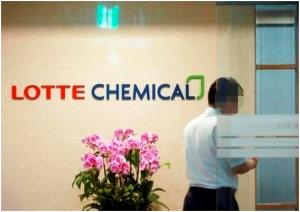 Lotte Chemical to invest KRW 10,000 in hydrogen and battery materials by 2030

Lotte Chemical plans to increase its total sales to 50 trillion won by 2030, of which 12 trillion won will come from new growth engines. The company’s sales were about 18 trillion won in 2021.

The Hydrogen Energy Business Group will seek to provide leadership in the entire process of a hydrogen value chain, from production to transport, distribution and use, by securing the supply of ammonia from abroad and building infrastructure. It aims to bring a total of 1.2 million tons of clean hydrogen to Korea by 2030 by importing blue and green ammonia from overseas countries. It also plans to promote the hydrogen refueling station business and power generation business through joint ventures.

The Battery Materials business group aims to accumulate about 5 trillion won in sales by 2030 by becoming a core business in a supply chain linking electric vehicles, batteries and materials. Lotte Fine Chemical and Lotte Aluminum, as well as Lotte Chemical, are directly or indirectly investing in four main battery materials and discussing various synergy plans.

Lotte Chemical aims to sell more than one million tons of recycled plastics by 2030. The policy is to actively secure physical and chemical recycling technology and build related facilities. It is building a C-rPET factory with a production capacity of 110,000 tons by investing about 80 billion won in Ulsan Factory 2 in 2021.