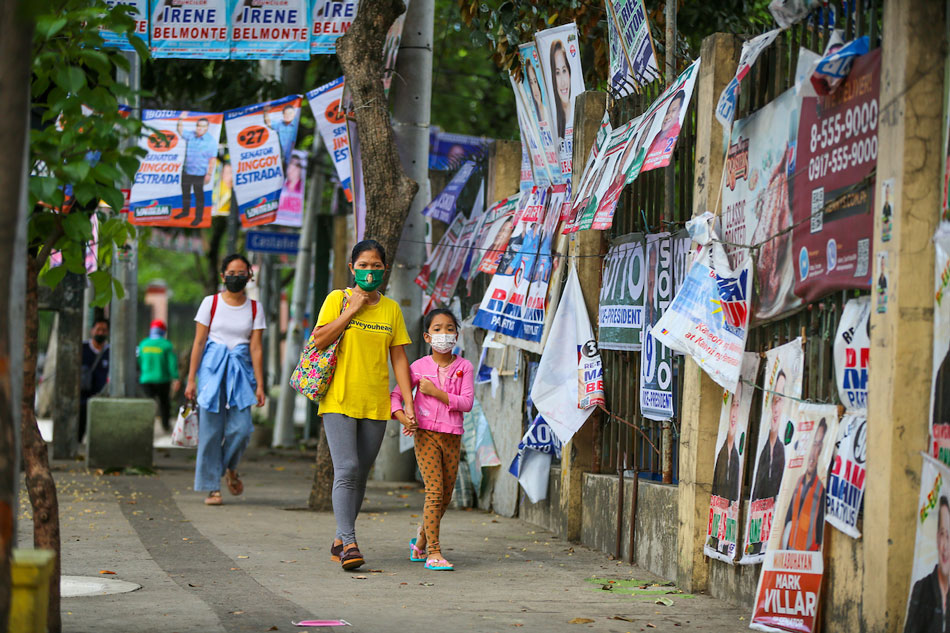 MANILA – The Metro Manila Development Authority (MMDA) said on Friday it had collected up to 20 tonnes of campaign materials since election day, just as it urged all candidates to help clean up the potential hazard to the ‘environment.

MMDA President Romando Artes said he would donate the collected posters to the Ecowaste Coalition, which turns heavy tarps into eco-bags, aprons, blankets, among other items.

The thinner ones would be shredded to be part of MMDA’s eco-bricks project, he added.

The Department of Home Affairs and Local Government (DILG) has urged winning and losing candidates to help clean up campaign materials during this week, saying local government units must ensure their proper disposal in accordance with environmental laws.

“Campaign propaganda made from plastics and other non-biodegradable materials, if disposed of improperly, can have adverse effects on public health and the environment,” the statement said.

“We have done our part in exercising our right to vote. Let’s continue to participate in governance through our simple means of cleaning up our neighborhood of election waste,” Interior Secretary Eduardo Año said.

Some campaign props are made of polyvinyl chloride or PVC plastic. A analysis by Greenpeace USA had described PVC as “the most environmentally damaging of all plastics” that even recycling it would be “impractical” due to the harmful effects of its additives.

The Ecowaste Coalition, meanwhile, has urged the public to limit the recycling of tarps for non-food and non-child use, as some materials contain hazardous content.

These include cadmium and phthalates, “which can leach and contaminate food or expose children to chemical hazards,” the environmental group said.

“To make it easier to reuse or reuse campaign materials, the group reiterated its plea to ban the use of cadmium, phthalates and other toxic chemical additives in plastics and for authorities to require the use of materials recyclable and non-toxic campaign materials in future elections,” they said.

Artes said campaign material should be removed before it becomes an environmental problem.

(We’re calling on our candidates, winners or not, to help remove these campaign materials so they don’t end up in waterways that could cause flooding.)

A study last year showed that the Philippines is the worst plastic polluter in the oceans, contributing more than a third of global plastic waste, even surpassing economic giants in Asia like India and China.

Seven of the top 10 polluting rivers were located in the Philippines, with the Pasig River identified as the main source of plastic pollution.

Filipinos use an average of 48 million plastic bags a day, or 17.5 billion pieces a year, according to a study by the Global Alliance for Alternatives to Incinerators (GAIA).